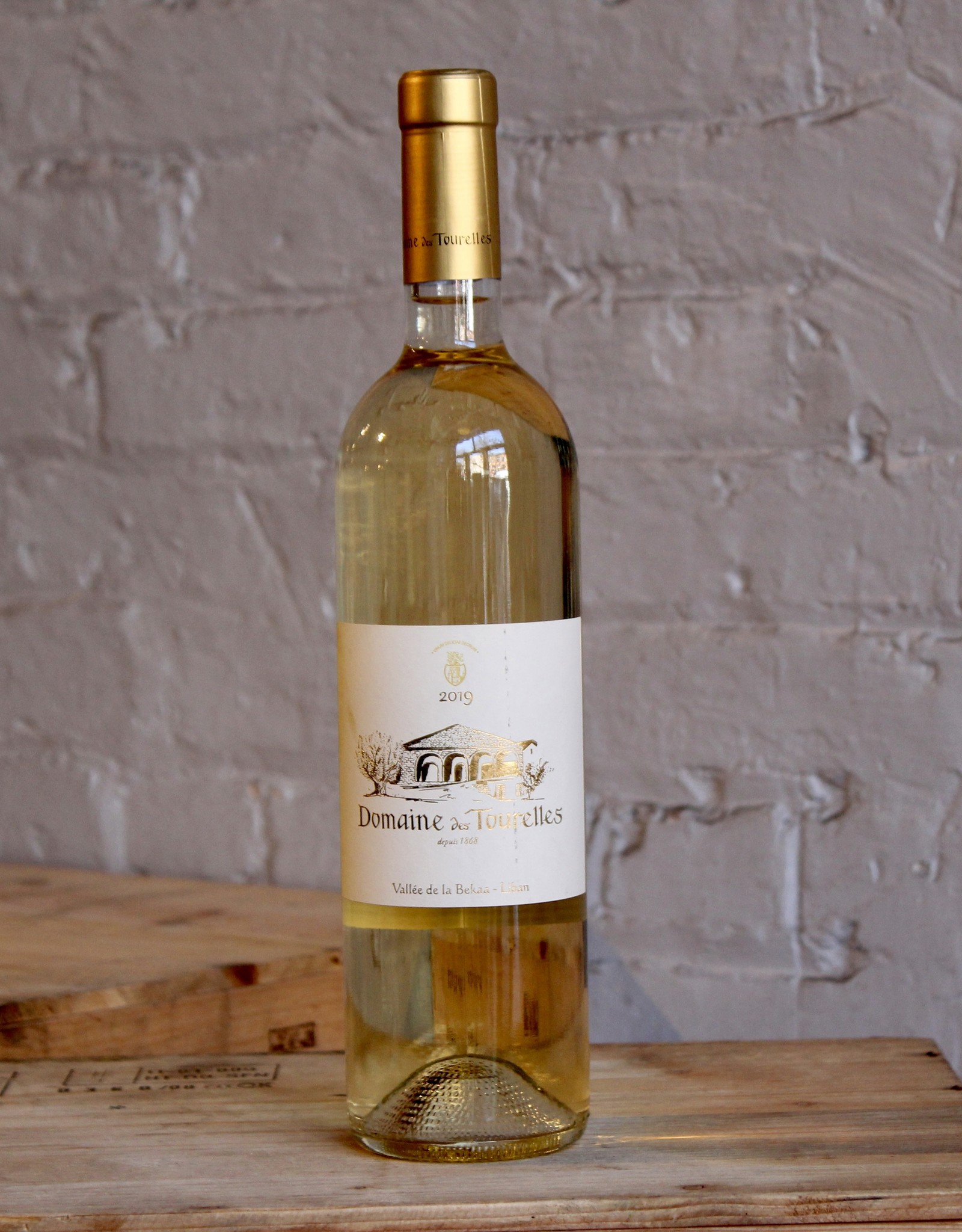 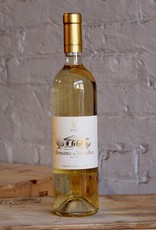 Organic, Vegan, a blend of Viognier, Chardonnay, Obeideh, and Muscat of Alexandria.

Domaine des Tourelles is one of the longest established and most highly acclaimed wineries in the Bekaa Valley. Founded in 1868 by French adventurer François-Eugène Brun, the estate was the first commercial cellar in Lebanon producing wines, arak and other spirits. In 2000, it was bought by descendants of Brun’s Lebanese wife, Nayla Kanaan Issa-el-Khoury and Elie F. Issa. It is run today by their children, Faouzi Issa (winemaker), Christaine Issa and Emile Issa-el Khoury. Faouzi trained in Montpellier and worked at Domaine René Rostaing in Côte Rôtie before joining the legendary Château Margaux, from 2007 to 2008. He then went back to the Bekaa Valley and his efforts placed his family's wines amongst the most recognized and awarded in Lebanon. Decanter Magazine called him the "Dusty Winemaker": dust, Faouzi says “encourages the natural yeasts that give our wines their distinctive character.” The winery also boasts a museum worthy collection of old machines.

Lebanon lies at the eastern end of the Mediterranean Sea, with a surface area of 4,000 square miles – slightly smaller than the state of Connecticut. At 2,500 to 3,000 feet above sea level, the Bekaa Valley is a plateau separating the Lebanon Mountains from the Anti-Lebanon Mountains (the name comes from the Latin Antilibanus - opposite to the Mount Lebanon range). It benefits from a microclimate and enjoys 240 days of sun. The heat of the summer days is compensated by the freshness of the cool nights, when gentle breezes circulate throughout the valley, dropping the temperature from 90F to 60F. These cold nights sustain the vineyards through the heat and drought of summer. Annual precipitations are between ten and eleven inches of rain, concentrated in the autumn and winter seasons. It decreases in the spring, with almost no rain in the summer, which makes for healthy grapes. The rocky soil is covered by a layer of clay-chalk and limestone, making the Bekaa Valley ideal for vine growing. Along with the climate, these conditions produce rich, fleshy and tannic reds and delicate, aromatic whites.

Domaine des Tourelles winery and vineyards are at the highest altitude, in Chtaura. Its 40 hectares of dry-farmed vineyards receive water from the snow melt from the surrounding mountains. They are either owned or under long-term contracts - 25 and 30 years. Some of their vines are amongst the oldest in the Bekaa Valley: more than 70 year old, giving extremely low yields. Everything is hand-harvested.

Farming practices/vinification: the vineyards are organically farmed. They are only treated with sulfur and copper (Bouillie Bordelaise) when needed. The winery was built following an intelligent ancestral design that keeps it at an ideal temperature year round. The concrete vats (very rare in Lebanese wineries) provide the best biological conditions for a natural wine making process, which is favored to preserve the authenticity of the wine. The wines are fermented with indigenous yeasts, in stainless steel tanks for the whites and rosés, and in concrete tanks for the reds. Minimum amount of sulfur is added at bottling. The wines are vegan.