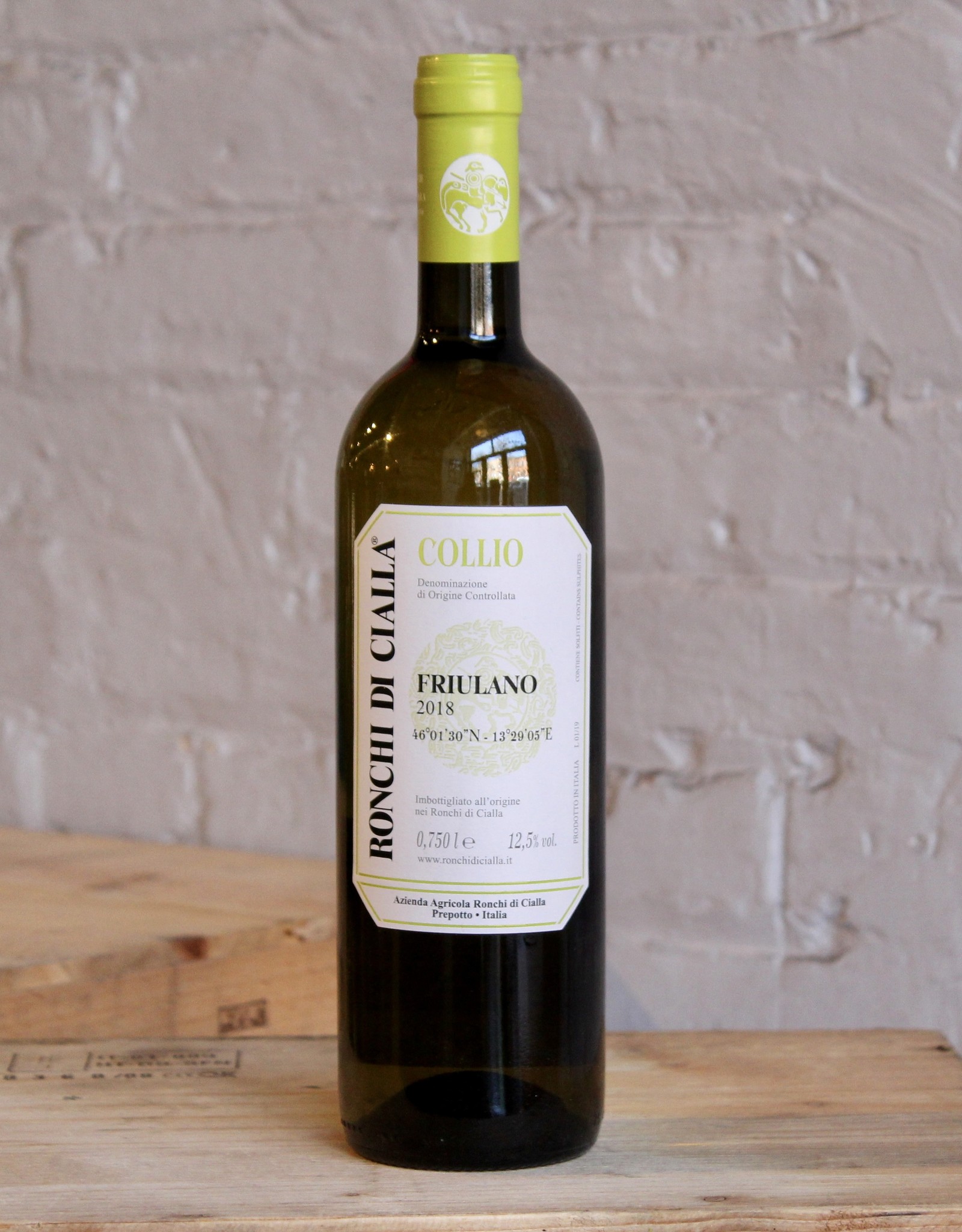 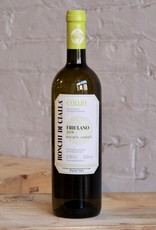 Organic.
Candied lemon and baked green pear on the nose. Full, persistent body, with a dense and layered palate. Finishes with a typical bitter almond note.

Ronchi Di Cialla, meaning “hills of Cialla”, is located in a small valley surrounded by chestnut, oak and wild cherry woods in the DOC Friuli Colli Orientali  Its story begins in 1970 when Paolo and Dina Rapuzzi bought a property here for the purpose of growing local grape varieties. At the time, they were making their living selling Olivetti typewriters, but they found a property for sale near the border with Yugoslavia, abandoned since the Iron Curtain had fallen twenty-five years earlier. Paolo was attracted to its possibilities because it had olive trees growing on it, which suggested an unusually warm, mild climate this far north.  The area’s unique climate characteristics are enshrined in the designation Friuli Colli Orientali DOC - Sottozona Cialla, which specifies, among other things, permitted farming practices as well as the maximum percentage of total surface that can be planted to vines.